In 2019, the Tennessee legislature passed a bill extending laws applying to the operation of bicycles and e-bicycles to the operation of e-scooters. E-scooters have become increasingly popular, and are currently available to ride in three cities in Tennessee: Knoxville, Memphis, and Nashville. However, this has created concerns about how e-scooters can be safely included on our roadways. You can read about the e-scooter bill here.

In 2017, Bike Walk Tennessee received money from Rails to Trails to pay for the survey that The University of Tennessee conducted in order to find out the preferences from the people of Tennessee, as to what they wanted to do with the increased gas tax money. The study reported that 57% of registered voters in Tennessee believed that any increase in the state gas tax should go to infrastructure for biking, walking, and transit in addition to roads and bridges. 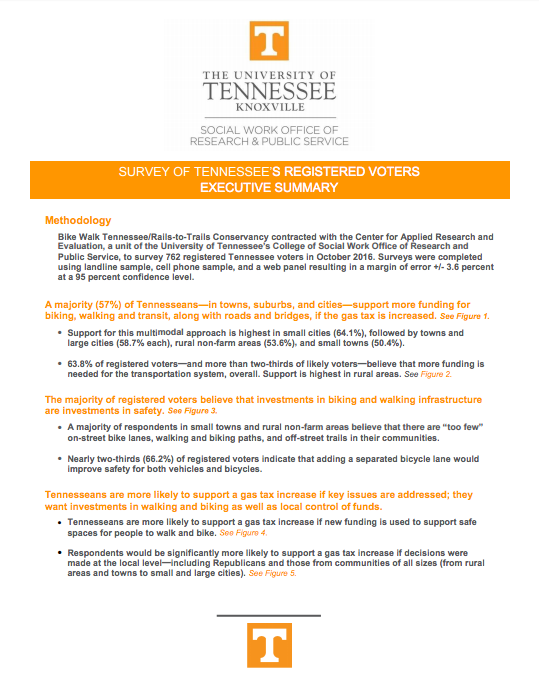 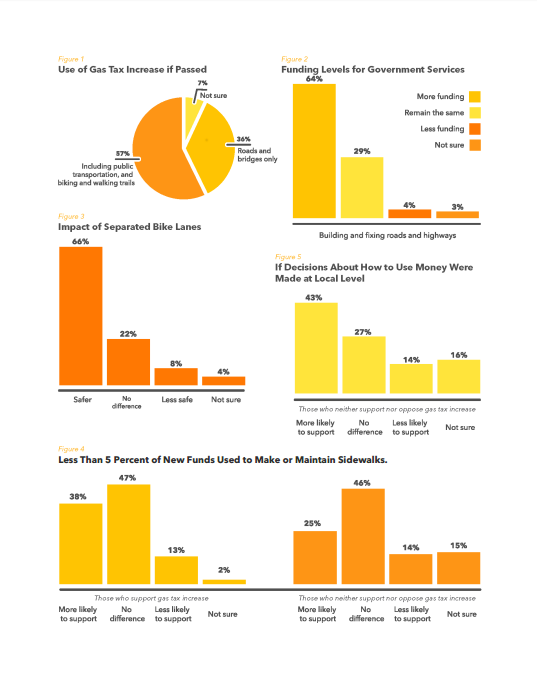 In the spring of 2011, Bike Walk Tennessee drafted the “Due Care Law” and guided it through the Tennessee State Legislature. Before this piece of landmark legislation, a driver who injured or killed a person on a bike or on foot might have only received a traffic ticket. Under the Due Care Law (TCA 55-8-197), if a motorist injures or kills a person who is walking or biking, they now face up to 12 months in jail and a 1 year loss of their driver’s license. You can read more about Tennessee pedestrian laws here.

Passing the Due Care Law was a tremendous step forward in our effort to improve the safety of all people who walk and bike in Tennessee, but there is still much work to be done.

Even after the passage of the Due Care Law, many motorists are not charged with a crime if they kill or cause serious bodily injury to a bicyclist or pedestrian. Bike Walk Tennessee is working to change these enforcement patterns by partnering directly with the Tennessee Attorney General and law enforcement agencies in counties across the state.

Bike Walk Tennessee is focused on supporting Complete Streets and Vision Zero policies, and producing Open Streets events across the state. Subscribe to our email list to stay informed of calls to action.